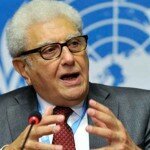 In 1999, Bassiouni was nominated for the Nobel Peace Prize for his work in the field of international criminal justice and for his contribution to the creation of the International Criminal Court. He has received the following medals: Medal Beccaria, Spain (2009); Knight of the Grand Cross (Cavaliere di Gran Croce), Italy (2006); Order of the Academic Palmes, Commander, France (2006); Grand Cross of the Order of Merit, Commander, Federal Republic of Germany (2003); Legion d’Honneur, Officer, France (2003); Order of Lincoln of Illinois, United States of America (2001); Grand Cross of the Order of Merit, Austria (1990); Order of Sciences (First Class), Egypt (1984); Order of Merit (Grand’Ufficiale), Italy (1977); and Order of Military Valor (First Class), Egypt (1956).

He also has received numerous academic and civic awards, including the Special Award of the Council of Europe (1990); the Defender of Democracy Award, Parliamentarians for Global Action (1998); The Adlai Stevenson Award of the United Nations Association (1993); the Saint Vincent DePaul Humanitarian Award (2000); and the Silvia Sandano Humanitarian Jurist Award, Italy (2008). He has honorary Doctor of Law degrees from the University of Torino (Italy), Pau (France), National University (Ireland), Niagara University (USA), and a Doctorate of Humane Letters from Catholic Theological Union (USA). 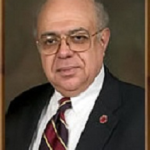 Dr. Hafez Sami is an Anesthesiologist at Edward Hospital and at The Center for Surgery in Naperville, IL.  He grew up in Egypt and completed his medical studies at Cairo University, Kasr El Aini School of Medicine.  When Dr. Hafez moved to the U.S, he completed his residency and fellowship at Loyola University in Chicago.  Dr. Hafez brings to EAD over 35 years of professional and advisory experience as a Medical professional and philanthropist. Some of Dr. Hafez’s charity work includes medical missions to Rwanda and Palestine.  He held various administrative duties including President of DuPage Valley Anesthesiologists, Vice-President of Naperville Healthcare Associates, and Member of the Board of Directors at Naperville Healthcare Associates among others.

Dr. Hafez’s clinical activities include Anesthesia for all general surgical, orthopedic, urological, ENT, gynecologic, neurosurgical, and most pediatric procedures.  He performs Obstetrical anesthesia for over 3,800 deliveries per year.  Dr. Hafez also performs Cardiothoracic and vascular anesthesia. Dr. Hafez is a member of the American Society of Anesthesiologists, the Illinois Society of Anesthesiologists, and the International Anesthesia Research Society.  Dr. Hafez authored over 13 books and articles that cover a wide range of issues within Anesthesia including Oxygen saturation and the cost of invasive monitoring.

Dr. Hafez contributed to many organizations over the years which include being a member of the ASA Global Humanitarian Outreach Committee, the Anesthesia education of rotating medical students at Midwestern University, American Society Of Anesthesiologists Overseas Teaching program at the National University of Rwanda.  He has also contributed to the Palestine Children Relief Fund at Burj El Barajneh camp in Beirut, Lebanon and at Rafidia Hospital in Nablus, Palestine.

Dr. Hafez is a music connoisseur and enjoys classical recordings of Egyptian legendary artists such as Mohammed Abdel-Wahab and Omm Kalthoum among others. 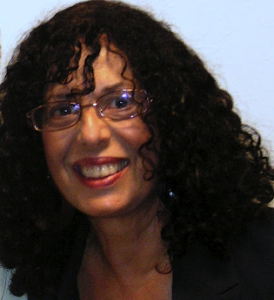 Ms. Olfat El-Mallakh teaches World Religions and Arabic Language at Benedictine University and the College of DuPage. She completed her doctarate studies, all but dissertation on the History of Egypt at Northwestern.  She also holds a Master’s degree in Theology and church history. Last but not least, Ms. Olfat is a Poet in Residence for the Sondra Gaer Show on NPR. Ms Olfat is interested in people, their art and culture and how God is expressed in many different ways. 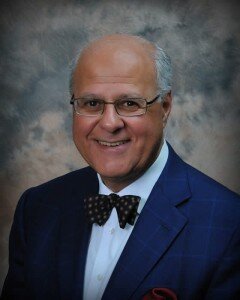 Dr. Ibrahim has practiced Spine Surgery and Pediatric Orthopaedic in the western suburbs for more than twenty-five years. He is a Clinical Professor of Orthopedics at Loyola University Chicago. He has authored many scientific articles and book chapters. Dr. Ibrahim is a renowned researcher, speaker, and surgeon. He is a member of many prestigious national and international orthopedic and spine surgery organizations. He is elected as the President of the prestigious Scoliosis Research Society and to assume the presidency September 2012.

Besides his surgical practice, he is involved in defending human rights issues in developing countries. A few years ago, he obtained a Master of Arts Degree in International Relations from the Fletcher School of Law and Diplomacy from Tufts University.  Dr. Ibrahim participates continuously in educating local surgeons and devotes time to volunteering patient care in the Middle East and Africa.