Islam is President of Averroes Systems Inc; an IT consulting firm that specializes in large scale software implementations and project management. He grew up in Egypt and has retained close ties with Egypt and the Middle East on different levels.  Islam brings to EAD over 15 years of professional experience as a business professional and project manager.  He holds a Bachelor’s degree in Computer Science from Northern Illinois University and a Master’s degree in Management of Information Technology from Northwestern University.  Islam is a member of the American Management Association and a member of the Chicago Council on Foreign Relations.  He helped organize the 2003 conference for Egyptian-Americans in Chicago and was a key organizer of the Chicago rally in 2011 in support of the Egyptian revolution. 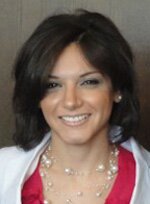 Sara is a General Dentist in the Chicagoland area; she is a part-time Clinical Professor at the University of Illinois at Chicago, and practices in a private dental office. She was born and raised in Egypt in a traditional Egyptian family that filled her heart with the love of the country and developed strong bonds with the culture and history. Sara holds a Bachelor’s of Science in Biological Sciences and a Doctorate of Dental Surgery degree from the University of Illinois at Chicago. She is a member of the American Dental Association, Chicago Dental society, The Egyptian American Medical Society, and Egyptian American Society. Sara took part in organizing and speaking at multiple demonstrations in Chicago in support of the January 25 revolution and continues to build strong connections with the Egyptian community in Illinois. Sara has a great passion to contribute to the development of Egypt particularly in the healthcare field. 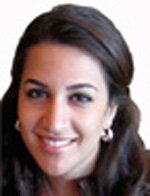 Born and raised in the United States, Sherine is a first generation Egyptian with strong ties to Egypt and the U.S. Sherine is a CAD Designer and Operator for ArjoHuntleigh. She believes that post-revolution Egypt is poised to become a powerful economic and political leader in the Middle East and North Africa. She is passionate about participating in the development efforts aimed at the ultimate achievement of this goal.  Sherine has a Bachelor’s of Science in Architecture from the University of Michigan, Ann Arbor with a Minor in Art History. She was the co-founder and president of the Egyptian Student Association throughout her undergraduate studies and is a member of the Egyptian American Society. 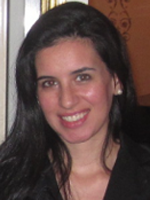 Darlene is an Assistant Professor of Biology at Wilbur Wright College. She holds a Master’s degree of Bioengineering from the University of Illinois at Chicago. She is a member of the Young Egyptian Society (YES) and the Human Relations Advisory Council on Arab Affairs. Darlene was born in Chicago and yet lived her younger years in Egypt. Darlene moved back to the US for her college education. Throughout the revolution, she invested effort to support our fellow Egyptians. Some of these efforts include meeting with Senators, speaking at various media venues and events, as well as active participation in rallies supporting the revolution.

Sherif Zaki is an Egyptian entrepreneur. He was the youngest Executive Analyst to be hired for an eighty-five year old management consulting firm. As the son of an Egyptian diplomat, Sherif lived in different countries, allowing him to learn more about other cultures. He completed his Bachelor’s degree majoring in Finance from Roosevelt University. Sherif is currently the Director of Operations for “The Power Company”, a fast growing organization in the Energy industry. During the Egyptian revolution, Sherif contributed to portraying the opinions of many Egyptians living abroad to the Chicago audience.