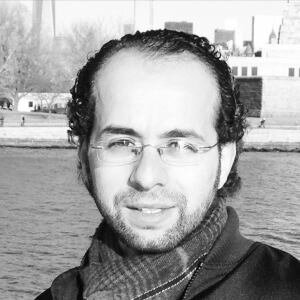 Menyar Mohamed holds a BS in Architectural Engineering from Cairo University (Egypt) in 2005 and a MS in Construction Engineering Management from Purdue University in 2009 (US). He also received a one year diploma in Urban design and Communities development.

Before moving to the US, Menyar worked in several companies, including Dar Al-Mimar Architects and Raafat Miller Consulting in Egypt, Space Consult in Dubai. Currently, he works with bKL Architecture (previously, LoewenbergArchitects). He held different positions including design engineer, project architect and project manager, Some of the projects he worked on include Mudon Project with Dubai properties, and Miami midtown and Wanda Vista mixed use high-rises buildings with Magellan development.

His professional portfolio includes construction and retail industries in both Indiana and Virginia. As an entrepreneur, he has established several companies/businesses over the past 6 years. He started a retail business company in 2011 and led a team to start and establish operation in both IN and VA. He has also acted as manager to several business locations and trained managers for further expansions. More recently, Menyar established Topia group international, an umbrella corporation with a comprehensive portfolio, including Architectural services (through Awtad Designs), Construction and Trading services (through Verge Co.) and Real estate services (through Megalopolis development).